Ones To Watch in 2018: The Memory Chamber Holly Cave 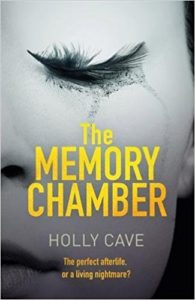 Isobel has it all: her dream job, an immaculate home and a steady relationship. Life, and even death, is completely under her control. For Isobel’s generation death no longer means oblivion, thanks to firms like her employer, Oakley Associates. Isobel is their top heaven architect, crafting perfect afterlives for her clients built from the memories they treasure most.

Then Isobel meets handsome client, Jarek. Suddenly her disciplined life gives way to something passionate and extreme, and Isobel jeopardises everything to embark on an affair with a terminally-ill – and married – man.

When Jarek dies and becomes the prime suspect in a murder that took place before his death, Isobel is forced to prove his innocence. But as she stumbles upon the darker side of the work she so passionately believes in, she can trust no one with what she finds.

Set in the near-future, this thrilling and original story vaults the reader into a world that is terrifyingly close to our own, where we can avoid everything we fear – even death itself. But can we ever escape the truth?

The Memory Chamber is a clever speculative fiction novel imagining a future in which you can create your own Heaven – if of course you can afford it and if you are lucky enough to get an appointment with someone like our main protagonist Isobel, who crafts heaven’s for a living and is damned good at it. The technology however does have its quirks and when she is thrown into a passionate affair followed by a murder enquiry things get much less heavenly and far more hellish.

The Memory Chamber has an intelligent and emotive premise – Holly Cave digs deep into the morally blurred world that Isobel lives in, creating a character that is not always easy to like but endlessly intriguing. The scientific speculation feels very authentic and entirely possible, what engaged me about this was Isobel’s distinct love for what she does, her utter belief in it, then watching that belief slowly picked at around the edges leaving her unsure of everything. At the same time she is dealing with a loss and as the story progresses you see the many layers to that loss and how it affects her judgment. As a main protagonist she is beautifully characterised and you are with her all the way.

The world building is gently immersive – we don’t have endless explanations just a considered understanding as we get to know the people that live there, this is a slow beautiful burn of a story that has a rather poignant and moving feel to it – after all we would all like to be sure of what comes after life wouldn’t we?

Overall a genuinely captivating story with a dark heart and an intricately drawn world not that far from our own. 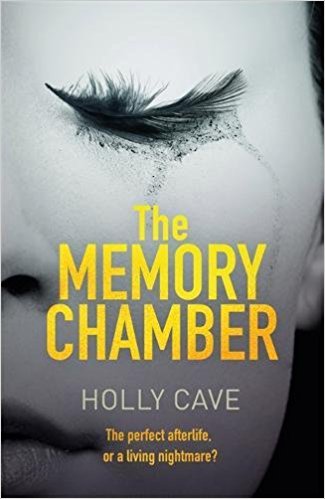