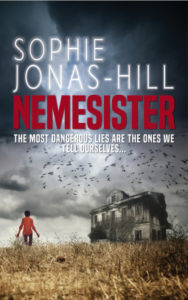 Today I am very happy to welcome Sophie, talking about creating atmosphere as part of the blog tour for her novel Nemesister. Loved reading this article! Details on the book follow.

Atmosphere – chills, thrills, things that go bump in the night – how to create atmosphere when writing? A picture’s worth a thousand words, but a few well chosen words can create a thousand pictures in the mind of the reader.

The weird thing about atmosphere, is that it’s usually something we only notice when it’s not there. What I mean is the general background noise of our lives is like lift music, so ubiquitous we don’t register it any more. We live with the hum of our own bodies, our houses, our TVs and the passing traffic, so it’s often only when we’re unsettled that we notice it, actually hear it.

Imagine you’re in your sitting room, or wherever you like to sit and read. You’re happy, so you’re reading, you’re relaxed. If you bothered to think about it, you might be able to hear the mundane sounds of your life ticking away, but you’ve no cause to listen, so you don’t.

Then you hear the sound of breaking glass and everything changes. You’re alert, trying to work out where the sound came from – was it your house, or the neighbours’? Now you can hear all the sounds you usually ignore because you’re mentally checking them off – bird song, cars going past, clock ticking, radio in the next room – but these sounds are exaggerated, loud as if someone has turned up the volume on the world.

This is what you need to think about when using atmosphere in your novels – when our senses are sharpened, we become aware of what is already there, because we’re trying desperately to search for clues as to what’s coming. The world we’re in might be innocent, no bad men yet, calm before the storm, but we’re looking, trying to second guess what’s coming.

There’s an evolutionary precedent for this pattern recognition – we’ve evolved to look for patterns in the world around us as a way of looking out for danger. Imagine you’re back in pre-history on the plains of Africa, standing in shoulder high grass, wondering whether we’re about to be eaten by a sabre tooth tiger. Looking around, we can see shadows, the fall of light, movement in the grass, but are any of these a tiger, or are they just the wind? If we’re mistaken and the shadows on the ground aren’t a tiger, then that’s fine, there’s no tiger and we’re safe. But if we’re wrong and we ignore the shadows on the ground and they turn out to be a tiger, then that’s not fine, we’re lunch. So trying to interpret the world around us, being alert for danger, trying always to join the dots and second guess what’s coming is in our blood, our DNA. It’s how we’ve survived for so long as a species.

So, we’re alone in our room after the sound of breaking glass; what we’re doing is picking up on a thousand unconscious clues which might give us a chance at survival, or might just mean that the cat has knocked your grandmother’s glass vase off the shelf in the kitchen.

Of course, your setting will really help the atmosphere of your writing. Often, you can create the most memorable ones by playing with tradition; think about the added dimension of horror that comes with choosing a usually safe place for your gun fight, or comedy by having your prat-falls take somewhere somber as a crematorium. I love it when the setting becomes a character in its own right, something I’ve tried hard to do in my novel ‘Nemesister,’ where the opening location, a house in the swamp, develops a personality almost as if it’s working to it’s own agenda, sometimes helping, sometimes hindering the action.

Wherever you set your writing, just as you must know your characters better than themselves, you must know your locations as completely as possible. Often the very best writing comes from containing your characters and action, putting them in a box or a maze or a lone house, where you have complete control over their physical limits. Think of the house in ‘The woman in black,’ or the Ice bound hotel in ‘The Shining,’ – these places are rooted in our minds because they are so clearly drawn that their background hum so quickly becomes familiar, we can start to sense when that falters, when danger approaches – we start listening too.

Use google earth to visit places you can’t get to physically, read travel writing – good travel writing – eat the food, collect the images and construct pintrest boards. If you can, draw floor plans of your locations, work out on which side the sun rises and sets, and go back and re-visit them so you can make them work for your story. This is your world and if you need there to be a river outside, then go back and draw one on your map – remember you’re in charge!

A final tip if you want to get a feel for creating an atmosphere, try this exercise. Close your eyes and listen to your world; describe every sound, feeling, smell, texture you can sense. Then listen again and try and go further away from yourself, or back inside yourself – keep going as far as you can. Try doing this at different times of day, during different weather conditions, see how these word pictures evolve and change. Once you’re used to it, you can take yourself off to different locations and try it again, seeing how sensitive you can become. This will be a lot of

information, far more than you need for your writing, but once you get used to doing this, you can imagine what you need in your novel and pick out the dots you want your readers to join for you, to create the right picture in their minds.

A psychological mystery where the female protagonist stumbles into a deserted shack with no memory but a gun in her hand. There she meets an apparent stranger, Red, and the two find themselves isolated and under attack from unseen assailants.

Barricaded inside for a sweltering night, cabin fever sets in and brings her flashes of insight which might be memory or vision as the swamp sighs and moans around her.

Exploring in the dark she finds hidden keys that seem to reveal her identity and that of her mysterious host, but which are the more dangerous – the lies he’s told her, or the ones she’s told herself? 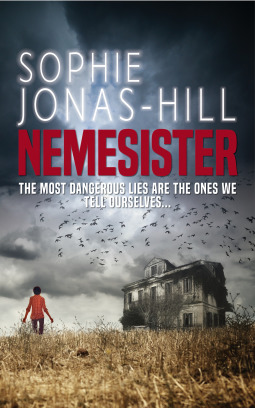