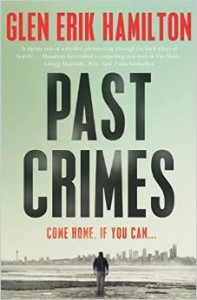 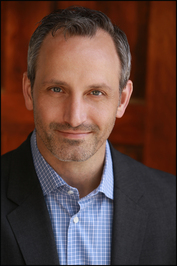 Today I am very pleased to welcome Glen Erik Hamilton to the blog. Past Crimes is a terrific thriller which I shall be reviewing in a separate feature very soon, but that comes Highly Recommended from me.  Here he talks about writing. And procrastination. 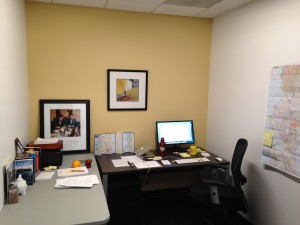 Lead Me Not into Procrastination

(or, How I Became a Better Writer using Masochism)

When people ask me how long it took to write my first book, I’m not quite sure what to tell them. Some of the ideas were there when I first started writing a few years ago, but there were lots of abandoned characters and plotlines before I settled on the notion of what eventually became my debut novel. It’s probably a better question to ask how many books I wrote, page-count-wise, before writing that “first” one.

But my second book, part of the deal with the first, was on deadline. That was a whole different rugby game (baseball is not nearly bruising enough to make a suitable comparison). I had to become a lot more disciplined in my planning and much more ruthless in selecting ideas. Above all, I had to produce pages. Quickly.

And you and I know that ain’t easy, brothers and sisters.

The first rule, as authors more diligent and successful than I have avowed, is simple: Anything that is not writing is Not Writing. Not research. Not thinking. Not comparing ideas and challenges and gripes with other writers. Only putting words on the page.

So here are tips that have worked for me. They might also work for you, or they might not, and there’s a little whiff of do-as-I-say-not-as-I-do therein. But by golly if they don’t result in pages when I adhere to them.

One caveat: If you try these tricks and it feels awful at first? Like you’ve painted yourself into a corner?

Caught in a Web

I cannot stress this one strongly enough. The internet is not your friend. It’s the biggest distraction in the modern writer’s life. You should be without access to the web when writing. Completely.

I can hear the rationalizations now: “But research…” “Sometimes I need to just…” “My backup service…” All of which ignore the cardinal rule, above. Get thee behind me, Google.

When I rented a tiny cave of an office for two months to finish the second Van Shaw book by the deadline, I specifically requested no internet service. In addition to saving some serious money (How much per gig??), it forced me to limit my online time to whatever was possible using my phone as a hot spot, which was pretty much just loading the day’s work to Dropbox at the end of the night. Anything that needed researching, I scribbled down to look up later, after writing time.

Which reminds me: Turn off the damn phone. You can play your turn on Words with Friends later.

For as much as all of us balancing day jobs and families with writing crave uninterrupted blocks of time, it can be a scary prospect to sit (or stand, if you prefer) and write for three or four hours a night. On weekends, ten or twelve hours can loom like Godzilla. So I have to break it up, without letting myself wander too far afield.

I have two timers I like to use, depending on my mood. The first is just a simple digital watch which I set to beep every forty-five minutes or so. I allow myself ten minutes to get up, get coffee, wash my face, whatever, BUT I also have to get a little exercise during those minutes. I call it the Big BUT Rule. It doesn’t matter what the exercise is. Pushups or knee bends or sun salutations or my favorite, banging my head against the wall. Just so long as it gets the blood moving.

The other timer is an hourglass from Disneyland’s Haunted Mansion. It’s actually a fiftythreeminuteglass, because quality control is slipping at the ol’ Magic Kingdom. But I use that to my advantage. Fifty-three on, seven off (timed with the digital watch, above.) The nice thing about using the glass is seeing the sand flow through. It’s both peaceful and yet somehow gives a sense of urgency to the work. Maybe it’s the Mansion’s gargoyles staring at me.

Whistle While You Work

I find music to be hugely helpful in writing. It can set a mood, muffle outside sounds, lend me energy and keep me focused. But there is a catch. (Are you seeing a pattern with these provisos yet?)  It has to be music that won’t distract. Since I’m working with words, for me that means nothing with lyrics – nobody else’s art pushing its way into mine. Especially if it’s better, damn them.   And nothing TOO energizing, otherwise I’m back to the head-banging mentioned above. I like Mozart. Oscar Peterson. Ana Vidovic. Andres Segovia. George Gershwin. Miles Davis. All very different spirits, for different empathies of character.

My wife would be the first to tell you that I’m simply a large bipedal dog with slightly better grooming habits. She might waffle on the grooming part. In any event, the training process is the same: Reward good behavior with treats. Finish two pages? Have a cookie. Complete a couple of chapters? Pizza time. Finish a whole darn book and be gifted with a week of slack – whatever I wanna do on any night. Usually that means James Bond movies and consuming more imperial stout than a Kiev fraternity house.

In all seriousness, victories in writing are hard-won. Big achievements – finding an agent, getting published, receiving a great review – are of course worthy of big celebrations. But those don’t come along often, and for many, it takes some brutally tough work before benefits can be reaped. So you gotta draw your own finish lines, and give yourself the treats you earned when you cross ‘em. You deserve that.

And if you haven’t crossed those lines just yet: Get back to work.

BIO: Glen Erik Hamilton is a Seattle native, who lived aboard a sailboat as a boy, and grew up finding trouble around the marinas and commercial docks and islands of the Pacific Northwest. He now lives in California with his family. Past Crimes is his first novel.

For fans of LEE CHILD’s Jack Reacher and DENNIS LEHANE’s Kenzie and Gennaro, an unputdownable series debut, from a thrilling new voice in American crime writing

‘A zipline ride of a thriller, plummeting through the back alleys of Seattle … Hamilton has crafted a compelling new hero in Van Shaw.’ Gregg Hurwitz, New York Times bestseller

If my grandfather’s letter had stopped at the comma, I would have tossed it in the trash… only the last three words mattered. If you can. That passed for please, in the old man’s way of talking… If you can scared me a little.

Meet Van Shaw – soldier, ex-con – as he returns to his native Seattle after a decade’s self-imposed exile. Answering voices from his past, he finds a whole heap of trouble, and himself the prime suspect in the brutal attack on his grandfather. Drawn back into the violent, high-stakes life he tried to leave behind, he has to try and see right from wrong amid the secrets and resentments of those he was once closest to. 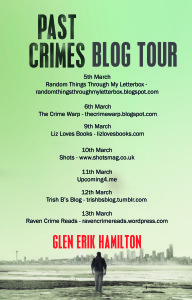