Resurgence is the final book in the Silver Blackthorn trilogy – you can see what I thought of how things all panned out below – but first I asked the lovely Mr Wilkinson one or two little questions about it. Thanks so much for taking the time!

Ok, so first of all I’ve had a few disappointing endings to trilogies in my time so I was ECSTATIC to read such a great send off for the cast and crew of the Silver Blackthorn story so THANK YOU. I noted from your afterword that you always intended that ending- be honest though, was there any point at all you were tempted to go in a different direction?

The only thing that really changed was that the side characters, especially Jela, became way more important than I thought. The actual ending is what was sketched in my notes back when I first started writing the Silver books. The final chapter was always going to be what it ended up being.

How did you feel in the immediate aftermath of typing “The End” – you’ve lived with these characters for a while now (as have we, the readers) – did you cry? Its ok you can tell us. Fairs fair you know, we’ve had our fair share of emotional trauma reading these.

I was on a train on the way to London when I finished the first draft, surrounded by Japanese tourists on their way down from Edinburgh. It was hard to be too emotional in those circumstances! With my crime series, they’re ongoing. One feeds into the next and there’s never a point where I think, ‘that’s it’. With the end of Resurgence, it felt final. I know I’ll never write about Silver again and there was this odd sense of finality.

And whilst I love your crime novels, Silver Blackthorn is going to have a special place in my heart. As far as writing brilliant YA Dystopia goes you’ve got the magic touch – any plans for more in that genre? Or perhaps a completely different direction?

I write whatever interests me at a particular time. Sometimes that’s the crime books but my brain often needs time away from them. I have written other YA things but I’m not sure if or when they’ll ever come out. I’ve got a couple of different things in the works for 2017.

Looking back could you pick one particular scene or character or even theme throughout the narrative that you loved writing? Something that worked on every level?

I don’t want to spoil it but in chapter 12 and 13 of Resurgence, there’s a scene where Silver walks herself into some serious trouble. Then, with only words, she walks herself back out again. I like the sheer gall of that. It felt like that’s the core of who Silver is as a character.

Finally, this story is complete for you but there are still a lot of people who have yet to see how you got there – what do you hope that people take from the finale and indeed the trilogy as a whole?

Whew…I’m not sure really. Endings are tough in any medium. As a creator, you want to keep it in the spirit of the rest of the story. You shouldn’t cheat – give a happy ending for the sake of it – and yet it has to feel organic. It’s awful when you’re let down by the end of something. As a reader or viewer, you’ve invested hours and then you get to the end and feel, ‘Oh. Is that it?’. I just hope readers are satisfied.

Tell us about you in 5 easy soundbite questions:

Tea, coffee or other?

I’ve come to see that Diet Dr Pepper is the greatest gift bestowed upon us as humans.

An author that gives you writers envy

Alex Marwood. I read The Darkest Secret a while back and I still think of the sisters in it now and again. The dynamic between them, the way they talk to each other. I live away from my brothers and sisters and she gets it so well.

It depends. If I’m training for something, I’m disciplined and don’t crave ‘bad’ food. Afterwards, I’ll eat anything.

One thing you would desperately want to have if stuck on a desert island.

An entire country has been lied to.

Silver Blackthorn was supposed to be one of the privileged few, chosen to serve and help rebuild a shattered nation.

Instead she is a rebel.

Tales of her defiance have spread across the land. King Victor and the Minister Prime want her dead, the resistance groups are desperate for her help.

But Silver’s friends and family are in dire jeopardy, hiding no longer an option.

As her travels take her into the far reaches of an unknown land, she is forced to make new friends and hunt for new allegiances.

Final battle lines are being drawn. The time has come.

Then there’s the hardest choice of all: Opie or Imrin.

I’ve loved this entire series mainly because Silver Blackthorn as a character has been intensely awesome, in some ways a typcial protagonist of YA Dystopia but in a lot of ways absolutely not. I’ve been engaged and emotionally connected to her story from the start to the finish. And its not like she’s the only one, the trilogy is peppered with well drawn, beautifully written characters all set within a weird and wonderful world.

Resurgence was a perfect finale for me. Not least because it WAS a finale. A proper one. Loose ends tied up, plenty of action and adventure, some twists and turns and a resolution of the love story too. Hmm. Proper storytelling. No man (or woman) left behind! Plenty of trauma though. This author does like laying on the trauma. But then this is what I read for.

When I turned the final page I was bereft. WHAT WLL I DO NOW? The trilogy has been full of awesomeness and Silver Blackthorn is a character I will never forget. It has been a whole load of reading fun. Don’t miss it. 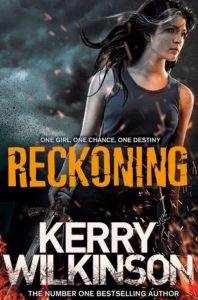 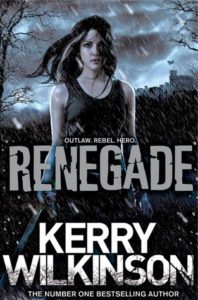 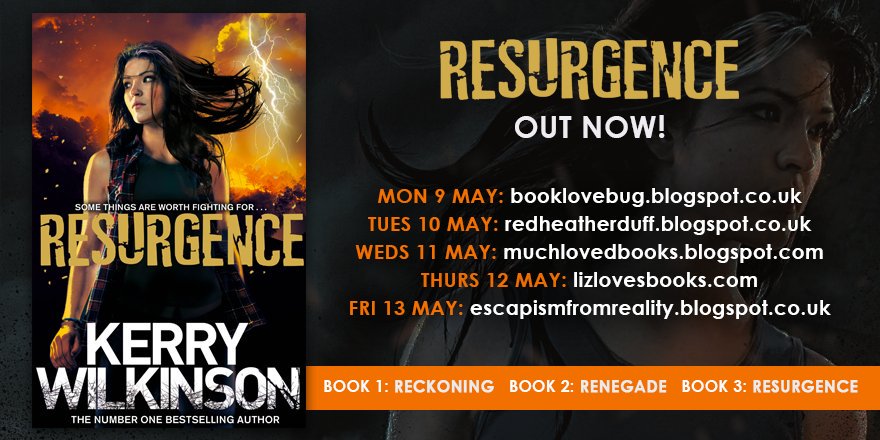