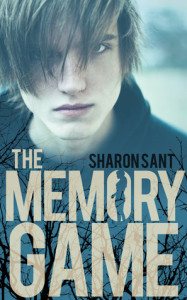 A while ago the lovely Sharon Sant came on the blog and answered a few questions for me about The Memory Game (and life in general) – if you missed out, you can clickety click right here and read now. http://lizlovesbooks.com/lizlovesbooks/liz-currently-loves-the-memory-game-by-sharon-sant/

Today, to celebrate the paperback release, Sharon tells us  a little bit more about the origins of the story and the events that shaped it. 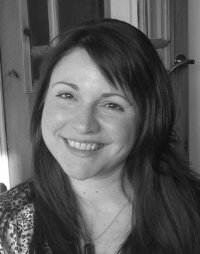 When I was a kid, like many other kids in reasonably affluent, first world countries, I thought I was invincible. Not consciously, of course, but that I thought that no matter what I did (and I did plenty of stupid, life-threatening things as a kid) I would live forever.  Even seeing death constantly on news reports – other kids in other places – did nothing to affect this belief – those were somehow removed; distant instances in lives that would never touch mine.

But then two things happened within a few years of each other that changed everything.  The first was when I was fifteen. I worked at a local paper shop delivering papers and helping behind the counter at weekends. My thirteen year old brother also worked at the same shop delivering papers, along with gang of boys his age. One day, a group of them were walking back together after doing a round, and one of them, messing around, stepped into the road. And that was it. A car, seemingly from nowhere, hit him, just like that. He hung on in hospital for a few days, but we all knew he would die.

A couple of years later I worked in a stationery shop in town as a Saturday girl whilst studying for my A levels. I was friendly with one of the girls who worked there, and one Saturday we arranged to meet up out of work for the first time the following week. By Monday, however, she was dead. She had been perfectly well and full of life when I had seen her, and within 48 hours had died from meningitis.  Everyone who had been in contact with her had to be tested and suddenly, as well as the profound shock of our friend dying, we had the very real fear, for the first time, that it was possible for us to die too.

Partly, these two events shaped a lot of my thoughts and feelings when writing The Memory Game.  From being cocooned in this relatively safe world by my parents, when I was young enough not to have even lost close relatives, suddenly, the realisation formed that the world was a much less certain place, and that my mortality was very real.  This is what happens to David, essentially, in The Memory Game, and to all the kids around him.  Of course, the start of the book finds David already dead, but his acceptance of this fact is what is called into question.  He can’t accept that this is his end. Through his eyes the impact of his death on everyone around him, particularly the kids at his school, is seen in painful, honest detail as they all deal with it in different ways.

The Memory Game was a difficult book in many ways to write, but extremely rewarding to finish, and I’m very proud to share it.

My review for those who missed it.

David died at 15. But he is not gone. Weeks after his death, he wanders his home village, unable to interact with anyone or anything…and unable to understand why, as he seems to be the only ghost around. Suddenly he realises that there IS one person that can see and hear him…her name is Bethany. An outcast and loner, they had no contact in life so why is she the only one who can see him now?

This was such a beautifully written story it tugged at my heartstrings. David was not a particularly nice person in life – certainly not in his attitude to girls like Bethany – and as he watches his best friend behave appallingly he comes to some understanding of who he himself was and how different things would be now if only he could get that life back. In the relationship with his Mother, his Stepfather and with Bethany. I suppose in a way, you could call it a coming of age story..except of course David will not have the chance. The relationship that develops between the two youngsters – one living, one dead, is almost what I would like to call “Anti Twilight”. No angst, just a rather strange friendship and mutual respect that you wish with all your heart they could have in life. And yet…if David was alive they would never speak.

As Bethany tries to help David discover just why it is that he is stuck, they learn more about each other and themselves. She really is an amazing girl who has suffered her own share of tragedy…and we all knew girls and boys like her at school, some of us WERE those people – the slightly odd, and seemingly sad misfits. What Sharon Sant has done is give you a glimpse behind the mask – a possible reason for being. It makes you wonder….what if you had simply spoken to a girl like that rather than avoiding them or making fun – what hidden depths might you discover and who knows what friendships are missed because this simply doesnt occur.

And of course its a darn good story to boot – you will WANT to know what David’s purpose is, why he is the only spirit, why is Bethany the one chosen to be able to see and hear him. There are some humerous moments as David tries to accomplish those things that film ghosts always seem to be able to do – moving things, scaring people..but mostly it is an emotional and heart wrenching ride towards the final resolution. Will David be doomed to walk forever with only Bethany for company? I would suggest you read and find out!

Find out more about her here: http://sharonsant.com/

Thank you so much Sharon!