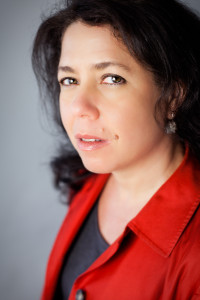 The final novel in Stephanie Saulter’s trilogy – Regeneration – is due to be released on the 6th August by Jo Fletcher Books and I am delighted to welcome her to the blog today talking about leading characters.

The ®Evolution trilogy had its genesis many years ago in a moment that I’ve since described as a vivid daydream, or perhaps a flash of inspiration: a turbulent mental image of a group of people engaged in a fraught, possibly deadly confrontation. I was battered by the intense emotions swirling through and amongst them, but I didn’t know why they felt the way they did; I didn’t know who they were, or what had sparked their fear and hatred and anger. I sensed strongly held and deeply opposing convictions of a kind I’d encountered before, although never in this context. I knew that lives hung on the outcome, but not what the conflict was about. I have rarely been so shaken.

A single thread of individual identity emerged from that maelstrom, and I followed it: the fierce courage of a woman at bay, prepared to risk her life for the sake of a child not her own; coupled with a sense of cool intelligence and swift calculation. Her self-control and aura of command fascinated me. She knows what’s going on here, I thought. If I can work out who she is then I’ll understand it too.

And so it came to pass that Aryel Morningstar was born. Though clearly a product of my subconscious, I can never shake the feeling that she is more a discovery than a creation, like the statue waiting inside the stone until a sculptor comes along and chips away the excess marble. Aryel had the answer; Aryel was the answer. Following the fragile thread of that one character illuminated all of the others: the child in her care, at once terribly vulnerable and terribly dangerous; those who threaten them, too afraid of the danger to be moved by the vulnerability, too instinctively opposed to change to be capable of cherishing anything new. The wider webs of allies and enemies, friends and family, institutions and ideologies rippled out, each link informing and being informed by the ones next to it, sweeping me backward from that incendiary moment until I finally knew where it had all started.

Still, it took some time for me to establish who the key players were and to understand the world they were living in and reacting to. It was only when I did that I was able to write their story: the story that became Gemsigns, and led to Binary, and now to Regeneration. And I have taken some time to make this point, precisely because it’s so often assumed that writers in general, and writers of works dubbed ‘genre fiction’ in particular, start with plot and insert character. Sometimes that’s true; sometimes it even works well. But it is not necessarily the case, and it’s certainly not the only route to an intriguing and exciting plot.

As it happens, I do a lot of intricate, layered, twisty plotting – it’s just that the plot is mobilised by the characters, not the other way round. I’m more interested in thinking about what kind of person would arise out of the events, challenges and constraints that I’ve developed than in specifying what kind of character I need to fulfil function X in plot element Y. The details of the plot emerge as I work out what this particular individual would do next. What are their priorities? What’s their emotional response likely to be? What motivates them, and how do they react to setbacks? What’s their relationship to the other characters in this scenario? In short: who are they?

A criticism sometimes levelled at the plot-centric approach is that too often the characters it produces are one-dimensional; they have no capacity besides function X, no purpose beyond plot element Y. They are functionaries, not characters. I don’t want that. A world full of functionaries is not interesting to me, no matter how many crises are constructed to animate them. So I work very hard to ensure that even the most minor of background players has the heft and texture of a fully realised, self-directed human. I want the reader to feel that even though this particular story isn’t about that character, an equally engaging and complex story could be.

That approach bears fruit in surprising ways. One of the key characters in Binary, and again to an even greater degree in Regeneration, was invented on the fly in Gemsigns so that a major character in that book would have someone to interact with and recount an anecdote to; in order to flesh out some of the details of her life. I didn’t know, when I wrote that scene, that Mikal would ever appear again. But I made him distinctive and compassionate and funny, I placed the conversation within the context of him having a particular place in the community – and a few chapters later, when I needed another interaction that would demonstrate the threat to that community and how they were facing up to it, there he was, ready to oblige. He kept cropping up; he ended up having the last line of dialogue in Gemsigns, and becoming more and more central as the series progressed. The woman who becomes his wife, Sharon Varsi, started off simply as a patrol officer arriving at the scene of a crime in Gemsigns; she’s had a similar progression. The young musician who was the subject of that initial anecdote told to Mikal, introduced but unnamed in Gemsigns, emerges in Binary as the minor character Lyriam, and earned his own spin-off short story, Discordances.

If characters are constructed as fully rounded people, with emotions and quirks and interests beyond the immediate requirements of the plot, they will practically generate their own stories. They will be bigger than the situation that you, the writer, have put them in; they will be capable of more. And it strikes me now, at the end of my journey through the ®Evolution, that the person who drew me into it in the first place epitomises that understanding of character: as a matrix that operates in multiple dimensions, the product of a network of relationships and associations that have significance far beyond the present moment.

What I learned over almost five years of writing these stories is what Aryel Morningstar knew all along: we should not think of anyone, in fiction or in life, as merely a plot device, a functionary. No one sees themselves that way. Everyone is the fulcrum of their universe, the centre of their own web. She understood that, and used it. It was what made her stand out from all the others, back in the confusion of their creation; it was the single shining thread of certainty that I followed into her world. Her conviction of a common humanity was, and remains, the source of her power. 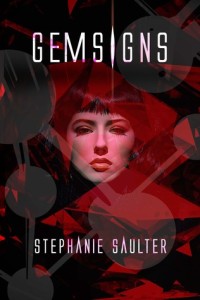 Humanity stands on the brink. Again.

Surviving the Syndrome meant genetically modifying almost every person on the planet. But norms and gems are different. Gems may have the superpowers that once made them valuable commodities, but they also have more than their share of the disabled, the violent and the psychotic.

After a century of servitude, freedom has come at last for the gems, and not everyone’s happy about it. The gemtechs want to turn them back into property. The godgangs want them dead. The norm majority is scared and suspicious, and doesn’t know what it wants.

Eli Walker is the scientist charged with deciding whether gems are truly human, and as extremists on both sides raise the stakes, the conflict descends into violence. He’s running out of time, and with advanced prototypes on the loose, not everyone is who or what they seem. Torn between the intrigues of ruthless executive Zavcka Klist and brilliant, badly deformed gem leader Aryel Morningstar, Eli finds himself searching for a truth that might stop a war. 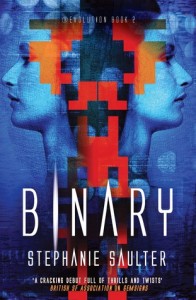 When confiscated genestock is stolen out of secure government quarantine, DI Sharon Varsi finds herself on the biggest case of her career… chasing down a clever thief, a mysterious hacker, and the threat of new, black market gemtech.

Zavcka Klist, ruthless industrial enforcer, has reinvented herself. Now the head of Bel’Natur, she wants gem celebrity Aryel Morningstar’s blessing for the company’s revival of infotech – the science that spawned the Syndrome, nearly destroyed mankind, and led to the creation of the gems. With illness in her own family that only a gemtech can cure, Aryel’s in no position to refuse.

The gillungs – genetically modified, waterbreathing humans – are thriving. They’ve pioneered new aquatic industries, and their high-efficiency quantum battery technology coupled to tidal turbines in the Thames estuary looks set to revolutionise the energy industry. But as demand grows, so does fear of what their newfound power might mean.

Then a biohazard scare at Sinkat, their London headquarters, fuels the opposition and threatens to derail the gillungs’ progress. Was it an accident born of overconfidence, or was it sabotage?

DS Sharon Varsi has her suspicions, and Gabriel sees parallels in the propaganda war he’s trying to manage: politicians and big business have stakes in this game too. And now there is a new threat: Zavcka Klist is out of prison. With powerful new followers and nothing to lose, she’s out to reclaim everything they took from her.