The Girl In The Road by Monica Byrne. Blog Tour Review. 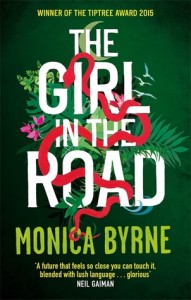 Meena, a young woman living in a futuristic Mumbai, wakes up with five snake bites on her chest. She doesn’t know how or why, but she must flee India and return to Ethiopia, the place of her birth. Having long heard about The Trail — an energy-harvesting bridge that spans the Arabian Sea — she embarks on foot on this forbidden bridge, with its own subculture and rules. What awaits her in Ethiopia is unclear; she’s hoping the journey will illuminate it for her.

Mariama, a girl from a different time, is on a quest of her own. After witnessing her mother’s rape, she joins up with a caravan of strangers heading across Saharan Africa. She meets Yemaya, a beautiful and enigmatic woman who becomes her protector and confidante. Yemaya tells Mariama of Ethiopia, where revolution is brewing and life will be better. Mariama hopes against hope that it offers much more than Yemaya ever promised.

As one heads east and the other west, Meena and Mariama’s fates will entwine in ways that are profoundly moving and shocking to the core.

The Girl in the Road was an interesting one for me. I’ll admit that I didn’t really “get it” whilst still being caught up in the language and the cultural imagery that the author brings to the story.

We have two times, two locations, two women, both on a journey of discovery. One across land and one across the floating road (which was an imaginative and well executed concept that was highly engaging). Apart from that I really don’t know what to say about the plot. It kind of has that inner  turmoil/inner monologue/descriptive prose that defies explanation but still gets you to where you need to  go.

There were several things I loved about it – Monica Byrne has written something different, created a future that itself could not be called any one thing – it just is what it is. For a lot of the read I wasn’t entirely sure where it was going (there is a lot of introspection and unreliable narrator vibe going on) but I was still somehow sucked into it – this was one that I kept re-reading little bits of, sometimes to clarify in my own head and sometimes just because of the author’s way with words.

Violence against women is explored here, sometimes a little too much so (although again I’m not really sure I  grasped what the author was trying to achieve) and the world is a mish mash of cultural identity, gender, sexuality and attitudes. The way the two stories are linked was cleverly woven into the whole  – this is fantasy and reality colliding somewhere in the middle and as such was an intriguing concept.

I think perhaps for me it was a little too convoluted when looked at as an entire first page to last read – there were portions of it that were stunning, shocking and emotionally resonant but they were mixed up in some almost mundane meandering points in time that I felt I wasn’t really getting.

Overall though this is a book that is meant to be read – one of those that everyone will take something different from, a book that will divide opinion and generate discussion – in THAT sense it works on all levels. I’m not sure I enjoyed it because enjoyed is not the right word – I admired it and had an interesting time reading it. Monica Byrne has attempted something very different and for that alone I’d recommend picking it up, the underlying messages are there for the taking and in the meantime you’ll get a vivid, imaginative and often heart wrenching tale which I can’t really tell you what you’ll do with. 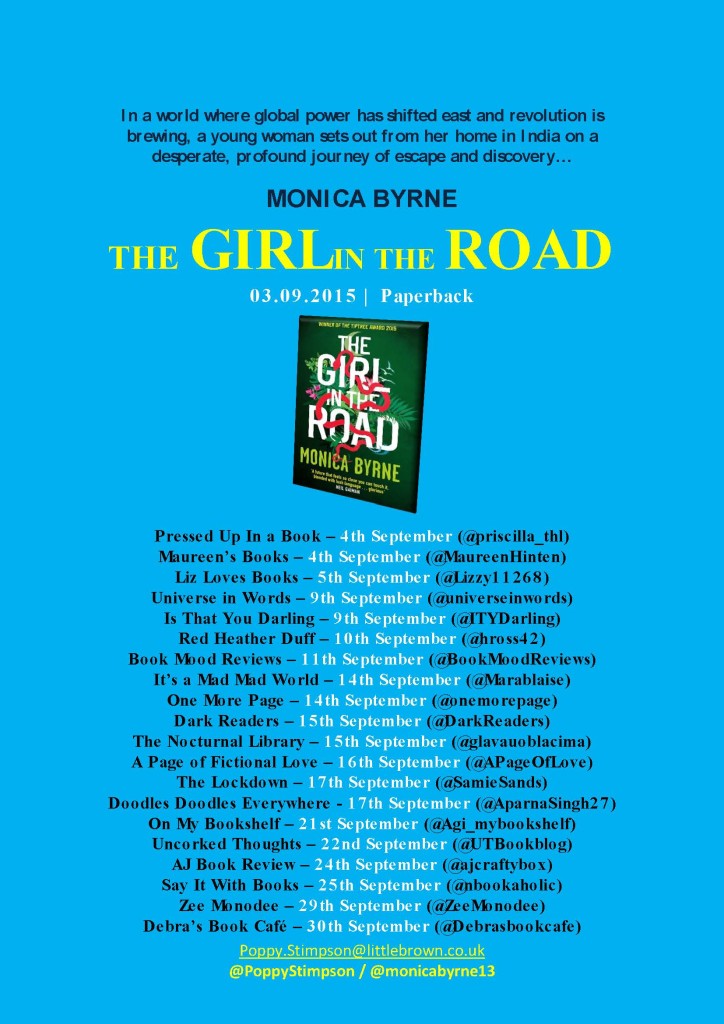