The Killing of Bobbi Lomax by Cal Moriarty. Blog Tour. 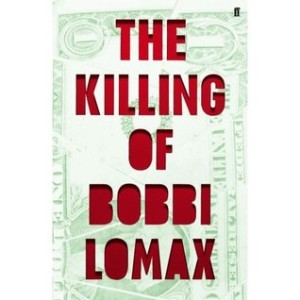 CANYON COUNTY, HALLOWEEN 1983 .Bobbi Lomax was the first to die, the bomb killed the prom queen on her own front lawn. Just moments later one of the nails from the city’s second bomb forced its way into the brain of property investor Peter Gudsen, killing him almost instantly. The third bomb didn’t quite kill Clark Houseman. Hovering on the brink, the rare books dealer turns out to be Detectives Sinclair and Alvarez’s best hope of finding out what linked these unlikely victims, and who wanted them dead and why. But can they find the bomber before he kills again?

The Killing of Bobbi Lomax is a superb crime debut – multi layered, with absolutely fascinating characters, terrific descriptive prose and a really really intriguing tale. Set in “God” country in the 80’s Cal Moriarty manages to bring that time and place to vivid stunning life giving this novel a terrific atmosphere and telling a beautifully managed and addictive mystery story.

This is old school storytelling set in an old school world – the detectives having to go about things the old fashioned way, the age of super electronics and internet still years away – this gives such an added depth to the mystery element, an almost Christie-esque feel to it that is both wonderful and nostalgic.

Add to that some remarkably authentic and well drawn characters – I adored Clark Houseman, such an engaging and sometimes hilarious protagonist, I think his parts of the book were my favourite – also, rare book dealer – what else needs to be said? Our detectives are a superb duo – so beautifully normal and casting a wry eye over events as they try to unravel the various elements and track down a bomber before he can strike again.

Overall then a rich, diverse and gorgeously written page turner with some interesting themes set in a captivating time period with a riveting and highly stimulating story.