The Little Old Lady Who Broke All The Rules. Competition and Author Interview. 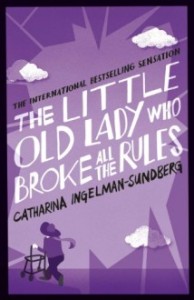 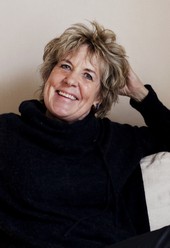 I was recently lucky enough to read this hilarious and heartwarming tale about the vagaries of getting older and being expected to behave just so – and about Martha who refuses to conform. And in exciting news Pan will be publishing the sequels – I can’t wait to find out what Martha gets up to next!  The author answered a few questions for me – and look out at the end of this piece for a chance to win your very own copy!

Was Martha inspired by anyone in particular?

When I worked as a marine archaeologist I led many expeditions and I came across various personalities and characters. But Martha … cough, cough . . .  is very similar to me sometimes…

Did you have a lot of fun writing the League of Pensioners? I definitely want to join when I’m older.

Yes, I had lots of fun writing about these five characters, so much fun that there will be at least two more books about them. Sometimes I giggled aloud and the I hoped that if I giggled writing them then people would have fun reading the books too …

Do you have a favourite character apart from Martha?

Actually, I love them all. Martha is my central character, of course, and I identify with her, but I like Brains very much too as well as Anna-Greta, Christina and Rake. So, you see, it is difficult to single out just one of them . . .

Yes, I have already written the next book! The League of Pensioners are up to their old tricks again but this time in Las Vegas!

Thank you to the publisher for the review copy.

79-year-old Martha Anderson dreams of escaping her care home and robbing a bank. She has no intention of spending the rest of her days in an armchair and is determined to fund her way to a much more exciting life-style. Along with her four oldest friends – otherwise known as the League of Pensioners – Martha decides to rebel against all of the rules imposed upon them.

I’m still giggling now. This novel is hilarious and heart warming and very addictive – the first thing I want to make clear is, when I’m 79 I hope that I’m out robbing banks. Ok, well perhaps I won’t actually rob banks but I’m taking my walker to a nightclub I’m telling you!

Martha refuses to conform. She may be old but she’s just not having it. She is the very definition of “Age is a state of mind” – her state of mind being mischievous child. Along with her cohorts, the league of pensioners, she sets out to break the mould and have a lot of fun along the way.

There were points in this story where I laughed until I cried, literally, but it also has some very poignant moments and the occasional tug on the heartstrings. Extremely easy and fun to read, this is one of my favourite books of the year for pure entertainment value.

A comedy romp in novel form you can’t go wrong with this one. A purely feel good and uplifting tale of life in the fast lane…no matter what age you happen to be on paper. 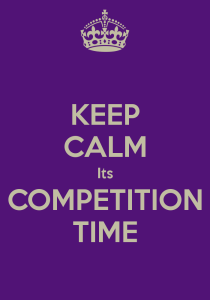 If you fancy your very own copy of “The Little Old Lady Who Broke All The Rules” complete the following sentence:

Coming Soon – The League of Pensioners are back!

The little old lady is back! Martha Andersson and the League of Pensioners have left behind their dreary care home in Stockholm and headed for the bright lights of Las Vegas.

This is their opportunity for a new lease of life and they plan to make the most of it. But before long they are up to their old tricks and with ingenious tactics, a pair of false teeth and a wheelchair each, they plot to outwit the security system at one of the biggest casinos. However, they aren’t the only ones planning on stealing bucket loads of cash and soon find themselves pitted against a gang of dangerous criminals.

Can the group of elderly friends work together to outsmart the younger robbers and get away with their biggest heist yet? Or will this job be a step too far for The League of Pensioners?

One Response to The Little Old Lady Who Broke All The Rules. Competition and Author Interview.