Keira Lynch may be a lawyer, but that doesn’t mean she plays by the rules.

She has been summoned to give evidence against an Albanian hit man. She was there the night he murdered the mother of a five-year-old boy. She remembers it well – it was the same night he put three bullets in her chest and left her for dead.

But there are powerful people who want the hit man back on the streets. When they kidnap the boy, she is given a choice: commit perjury, blow the trial and allow the killer to walk or give evidence, convict him and watch the child die. Keira must make a decision. This time, does she have to cross a line to win?

Walk In Silence is an excellent, pacy and considered thriller featuring main protagonist Keira Lynch – it should be pointed out that I have not read the first novel, Blood Silence, but this did not prevent me enjoying this one muchly. J G Sinclair writes with a brilliantly immersive style and I immediately engaged with Keira who is not entirely as she seems.

The plot follows her search for a young boy, hidden from the Albanian mafia, whilst at the same time attempting to give evidence against said Mafia’s Glasgow leader – not an easy task and one that finds her often in danger. The fact that she is no ordinary lawyer may stand her in good stead.

Walk in Silence is dark and clever with a masterfully imagined twisty plot and characters who have a great amount of depth. The author manages to put you right into the action, Keira is a very full on and highly intriguing character to follow along with and this was a novel I devoured in one gulp of a sitting. Beautifully done to keep you turning the pages, I immediately went out and got myself a copy of Blood Silence to see where it all began. 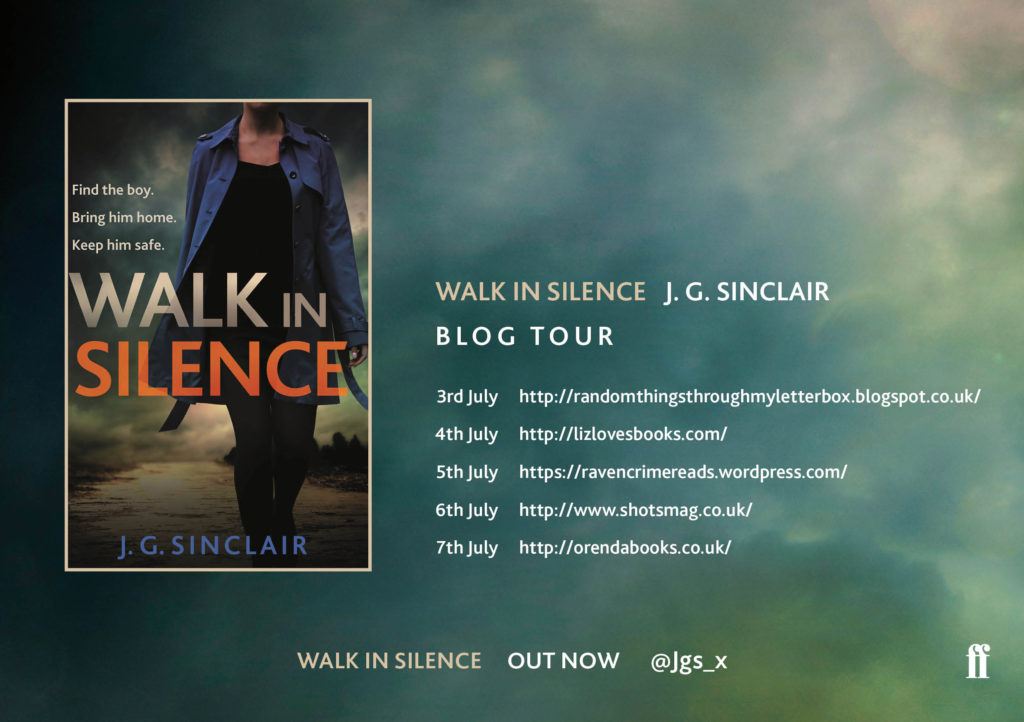