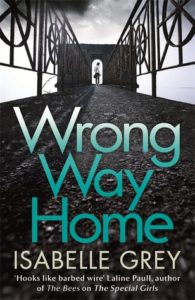 Publication Date: May 17th From Quercus

Everyone in Southend remembers the night of the fire. Two lives were saved from the burning Marineland resort, while metres down the beach another was lost when a young woman was raped and murdered. The killer was never found. Now, twenty-five years on, DI Grace Fisher is handed new DNA evidence that could blow the cold case wide open. But what are the chances of really getting to the truth after all this time?

Meanwhile, eager would-be journalist Freddie Craig decides to prove himself by conducting his own investigation and turning his findings into a podcast. It will be good for his CV, and maybe he’ll even make a breakthrough in the case… Experienced hack Ivo Sweatman is flattered when the cub reporter turns to him for advice, but as Freddie becomes more obsessed with the case, Ivo starts to worry that the line between fact and wishful thinking is becoming dangerously blurred.

Just as a series of revelations lead Grace to believe the case is closed, a similar murder is committed. Does she have the wrong man? Or are there two separate killers to deal with?

I’m a fan of this series mainly because of it’s main protagonist, Grace Fisher, who is beautifully authentic and reliably flawed.

This story was also highly addictive, a mystery with a huge dose of family drama and Grace will have her work cut out for her untangling a web of deceit that goes back years…

What I love most about these is the beautiful plotting that keeps things unexpected, the exploration of relationships and the wonderfully immersive settings. The popular podcast theme is back here too and very well done, as one character, Freddie, tries to make a name for himself.

Overall this was highly readable as ever and a really really great story told wonderfully well.

Recommended. This one and as a series. 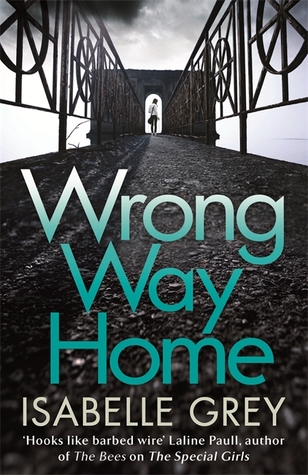