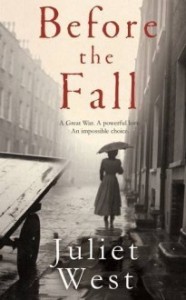 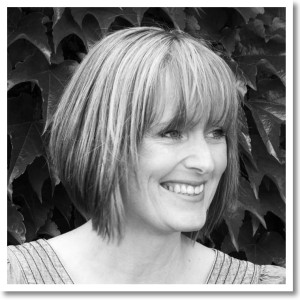 One of the most evocative and emotional books I’ve read this year “Before the Fall” comes highly recommended from me – and I was lucky enough to get to ask the author a few questions all about it and here is what she had to tell me.

Tell us a little about the background, how you came across the events that “Before the Fall” is based on.

In the mid 1990s I was working as a journalist in London, and helped research a ‘true life’ newspaper feature about a soldier’s wife who’d had an affair with another man while her husband was fighting in the First World War. The affair had ended tragically, leading to a murder trial in 1918. Although the case was reported in the press at the time, all the police and inquest documents were later locked away under the government’s 75-year secrecy rule. The documents became public again in 1996.

Long after I had finished working on the feature, I found that the tragedy continued to haunt me. Even a decade later I was still asking myself questions about the case. Why had this ‘respectable, sober and hard-working’ woman taken such a dangerous risk? How had the upheaval of the First World War transformed her life and affected her decision-making? I hoped that, through fiction, I could explore the period and attempt to put the true story into context.

My sympathy for Hannah during reading was very up and down – how do you feel about the choices she made, without giving too much away?

I feel the same, and I think this is why I found the book so interesting to write. Without ambiguity or moral dilemma – without jeopardy – what is the point of a novel? And if a character has flaws, that character is likely to be more believable. The novelist Deborah Moggach has talked about ‘testing the limits of sympathy’, and this is an idea I find fascinating. We may not agree with Hannah’s choices – we may hope or feel that we would have acted differently – but who can truly say how they would have acted when faced with similar pressures?

The more I researched the novel, the more I was struck by how radically women’s lives have changed over the last one hundred years. Life may not be perfect for British women today, but we do have access to health care, contraception, maternity benefits and social housing (and we have the vote, of course). In 1918, the average woman had none of these luxuries, and in this context, I think it’s easier to make sense of the impossible situation that Hannah found herself in.

Was the experience of putting it on the page very emotional?

It was upsetting at times, yes. And during my research I read so many devastating stories which brought home the impact of the war on families from both sides of the conflict.

While I was writing the novel, a part of me dreaded reaching the end, because I knew those final chapters would be very difficult to write. In the first draft, I chickened out and narrated the ending using the contemporary newspaper reports, police statements and official documents. This seemed more dispassionate – a way of distancing myself from the tragedy. But in the next draft, with the encouragement of my agent, I did write those final scenes. It was hard to convey the emotion without tipping over into sentimentality, but I hope I managed to get the balance right. The documents are still included, but they are edited versions.

I should also mention that Before the Fall is a fictionalized account of the true story, and although it’s based closely on real events, I have changed all the names. I felt this gave me greater freedom to explore the characters’ personalities, and also to invent new characters, for example Hannah’s best friend Dor.

As you can tell, I’m not particularly drawn to comfort in fiction! I enjoy Richard Yates, Arundhati Roy, Helen Dunmore. For comfort, I think it would have to be Jane Austen or Laurie Lee.

Any writers that have influenced you?

So many! As well as the authors mentioned above, I’d add Sarah Waters, Hilary Mantel, Ian McEwan, David Mitchell, Zadie Smith, Colm Toibin and Zoe Heller. I’m also a huge admirer of Alison MacLeod, who was one of my tutors on the creative writing MA at Chichester University.

I have three children and my husband works weekends, so I can’t remember the last time I had a lazy Sunday! But my fantasy Sunday would be to sit in bed drinking coffee and reading until ten, then I’d potter around the garden for a couple of hours, eat Sunday lunch with all my family, and finally spend the rest of the day watching the Mad Men season 6 episodes which are stacked up on the TV hard drive. Bliss!

Thank you so much, Liz, for inviting me to talk about Before the Fall.

1916. Across the channel, the Great War rages; in London’s East End, with her husband away fighting, Hannah Loxwood struggles to hold everything together. But when Hannah takes a job in a cafe, she discovers a glimpse of freedom away from her needy young children, her spiteful sister and desperately ill father.
While the conflict drags on, Hannah battles with the overwhelming burden of ‘duty’. She has sacrificed so much for a husband who left her behind, a husband who may never come home. Then, when she meets Daniel – thoughtful, intelligent, quietly captivating – Hannah finds herself faced with the most dangerous of temptations.

This is a wonderful novel, beautifully evocative of the time and place and absolutely heartbreaking in very many ways, I was enthralled throughout.

When Hannah’s husband goes off to war, she is left with her two young children to live with her Sister and Brother in Law. Needing to find additional income, she takes a job in a nearby cafe – where she meets Daniel and from there her life changes forever.

As a picture of war torn Britain this is extraordinarily fascinating…the background and the claustrophobic atmosphere of life in general is brilliantly captured. Most of all the sense of what life was like for women then – especially those whose husbands were in the trenches – is compelling and emotional.  Young men not at war are viewed suspiciously no matter what their circumstances and soldiers wives are expected to behave in a certain way – all adding to the pressure cooker that Hannah is about to fall into.

I was back and forth on my sympathies in this story – the characterisation is so realistic I almost felt as if I was sitting in judgement upon Hannah as much as her peers were. With temptation in her path and no sign of her husband returning you can hardly blame her for feeling that there was a better life worth living – and risking everything for. As the storytelling ebbs and flows you will one minute be right with her and the next begging her to stop, before she goes past the point of no return. The supporting cast of characters are all well drawn and equally alluring, and give an eclectic mix of differing viewpoints that add to the overall ambience and beauty of the tale.

I can’t say too much more without spoiling it – what Hannah decides and where it takes her I leave you to discover for yourself. Safe to say I had a few tears at the end and on an emotional level this one will stay with me for a long time.

An extremely addictive, passionate and poignant read, based on a true story, this is yet another excellent debut to look out for in 2014.