Books. Then comes the TV show…..

So, on Monday, Stephen King’s “Under The Dome” premiered in the U.S. and it got me thinking about when books you may have loved are turned into mini series or series in general. Later this week I will talk about film adaptations but for now, lets stick with television. I havent yet seen Under The Dome but I have to admit I have not been that enamoured of Stephen King adaptations in general when it comes to mini series. Bag of Bones, one of my favourite King books was on a while back – with Pierce Brosnan in the lead role. Anyone who has read Bag of Bones might wonder at that rather weird bit of casting. Mr Brosnan did his best of course, but really, with the changes to the story as well, it just didnt work for me. Now of course, you can’t expect television adaptations to be exactly the same as the novels – the visual medium is far different to the one you may create in your head while reading a novel – but personally I’ve always found that the best adaptations are true at least to the spirit of the story that inspired them. 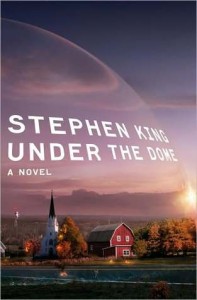 Another of my favourite series of books  – The Lynley Novels from Elizabeth George – became a very popular television show. I watched it. Again I wasnt too happy with the casting but hey, if I ruled the world and all that…but it was pretty good. It definitely had the SPIRIT of the novels in there, even though after the initial series the story took a very different turn than had happened in Lynley’s literary life, it still stayed fairly true to its source material. In the case of the Lynley mysteries it was very much a case of actors moving on and therefore changes having to be made to reflect that. At least they didnt cast a different actor in the role and expect you just to accept it – hey we’ve seen that happen yes? And doesnt it drive you mad? So in my opinion this adaptation was better than a lot that I have seen. Lets look at a (from this readers point of view) bad adaptation that still managed to be a terrific show….. 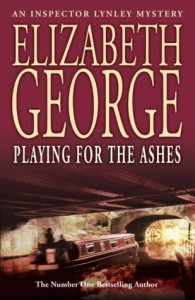 Who reads Kathy Reichs? The Temperance Brennan novels are superb. Entertaining and absorbing I have yet to read one I disliked. Temperance has a cool name and a cool personality to go with it – so when I heard that they were to be the basis of the tv show “Bones” I was very excited. I watched the entire first series and found that it bore little to no resemblance to the books, apart from the name of the main protagonist. The “Bones” of the show was a very different kettle of fish to the Temperance of the novels – the supporting characters were all pretty much new – and yet I loved it once I was able to view it as a completely separate entity. Sometimes you have to do that because often tv adaptations are NOT that loyal, they simply take the bare bones – pun intended! – and turn it into something people will love to watch. Bones is going strong and although I left it behind a series or two ago you can’t deny its popularity or that it worked!

So. I’m interested in opinions. Do you love it when a favourite book or series of books hits our television screens? Do you approach them with trepidation or a sense of anticipation? I am very much looking forward to seeing what they have achieved with “Under the Dome” – from reading articles in the media and from Mr King himself it seems as if this is going to be great. But will it actually be? We’ll see. Do you have a favourite book or series that then became a show you are obsessed with? How about Dexter? True Blood? Both great adaptations and shows I watch avidly. I wonder what will be next……

One Response to Books. Then comes the TV show…..