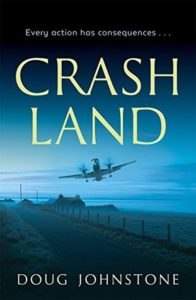 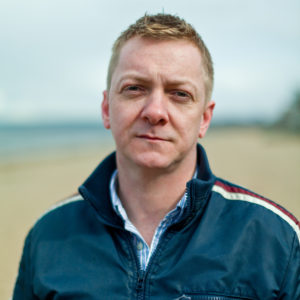 Today I’m very happy to get to ask Doug Johnstone some questions about his latest novel – Crash Land. Thanks so much to him for taking the time. Great book by the way – highly recommended by me for its taut plotting and brilliant setting. Psychological thrillers with bite, those are the ones I like and that is what you will get. Anyway, here is what Doug had to tell me about it…

Firstly, tell us a little about the original inspiration for Crash Land – you like to play on THE FEAR do you not? That opening sets things off with a bang and you did not help my fear of flying!

As with all my books, there are usually a few weird obsessions that are swirling around which gradually coalesce into the book. In this instance I wanted to write something about a plane crash, partly because it’s dramatic, and partly to play in readers’ fears. I was also very interested in Survivor Guilt, and read books about it – how that experience of surviving something traumatic that others didn’t can affect our mental stability. And I also wanted to write a bit of a romp – in my mind, Crash Land is a kind of fun book – maybe I have a weird sense of fun. But my previous book, The Jump, was very bleak, all about suicide and the impact on those left behind, and it was very personal too, so I wanted to write something that might be slightly lighter, albeit still full of death and murder and violence. Plus one last thing – I was obsessed with James M Cain’s Double Indemnity, and wanted to write something with the flavour of that, try to update the femme fatale thing, give it a new twist if I could.

You have a great eye for characters that will speak differently to different readers – do you like that ambiguity? The grey areas in us all? Especially with regard to Maddie whose motivations I’m still randomly waking up at night about. But also with Finn who at first glance is much more open. How do you approach the layers of characterisation?

It’s exactly that phrase, ‘the grey areas’. I write about ordinary people thrown into extraordinary circumstances, there are no absolute heroes or villains, just people like you or me trying to get through all the shit that’s been thrown at them and come out alive and in one piece. In all my books I’m interested in taking a character as far as they can go into being unsympathetic and trying to take the reader with them. If you can make the reader root for a character doing something morally dubious, then I feel like I’ve done my job.

Maddie and Finn are both in that category. Crash Land is written from Finn’s point of view, so you have more of an insight into his thinking than you do about Maddie, which was deliberate. I wanted her to remain something of a mystery on the page and in the reader’s imagination. She’s the instigator of everything that happens, really, but Finn is complicit, he goes along with her, and I wanted to examine that area of freewill and subjugation. At what point do you need to take responsibility for your own actions? If you’re doing bad things for the greater good, is that acceptable? Hopefully, by the end of the book, the reader might not have all the answers, but they’ll at least have thought about these things a little more.

Orkney is the setting – a beautiful if unforgiving place it seems from the pictures. Why there? Somewhere you know well?

I’ve long wanted to set a book in Orkney, ever since I first visited around twelve years ago. I’ve been back a couple of times, and went back more recently to research the book once I had decided. It is a tremendously atmospheric place, and all the old archaeological sites, form Neolithic through to Viking times, give a real feeling that the past is absolutely intertwined with the present in everyday life there.

Those resonances are great for crime writing, they hopefully add depth to the story as you’re writing it, if you use your locations well. And I love the idea of setting a book on an island – I’ve done it before with my third novel Smokeheads set on Islay, and there’s an innate sense of claustrophobia, a sense of not being able to escape, that exists on islands that’s hopefully tailor made for tense and suspenseful writing.

Can you tell us anything about what you are writing at the moment?

I’ve just finished the first draft of the next novel, which is provisionally called Fault Lines. It’s a bit weird for me, set in a slightly alternative Scotland, which is now an earthquake and volcano zone. A new volcanic island (another island!) features heavily, but it’s mainly set in and around Edinburgh, like some of my previous books. That’s all I’ll say for now, but it’s still definitely a crime novel, don’t worry!

Lastly for fun do the Dinner party question. If you were having a dinner party and could have any 5 guests, fictional or real, dead or alive, who would you choose and why?

Tina Fey and Amy Poehler for being amazing and funny and smart. Begbie from Trainspotting to stir things up a bit. Maradona for all the bullshit football stories he would have, and maybe Hunter S. Thompson, because he would have loads of great drugs.

Crash Land by Doug Johnstone is published by Faber & Faber (£12.99)

Sitting in the departure lounge of Kirkwall Airport, Finn Sullivan just wants to get off Orkney. But then he meets the mysterious and dangerous Maddie Pierce, stepping in to save her from some unwanted attention, and his life is changed forever.

Set against the brutal, unforgiving landscape of Orkney, CRASH LAND is a psychological thriller steeped in guilt, shame, lust, deception and murder. 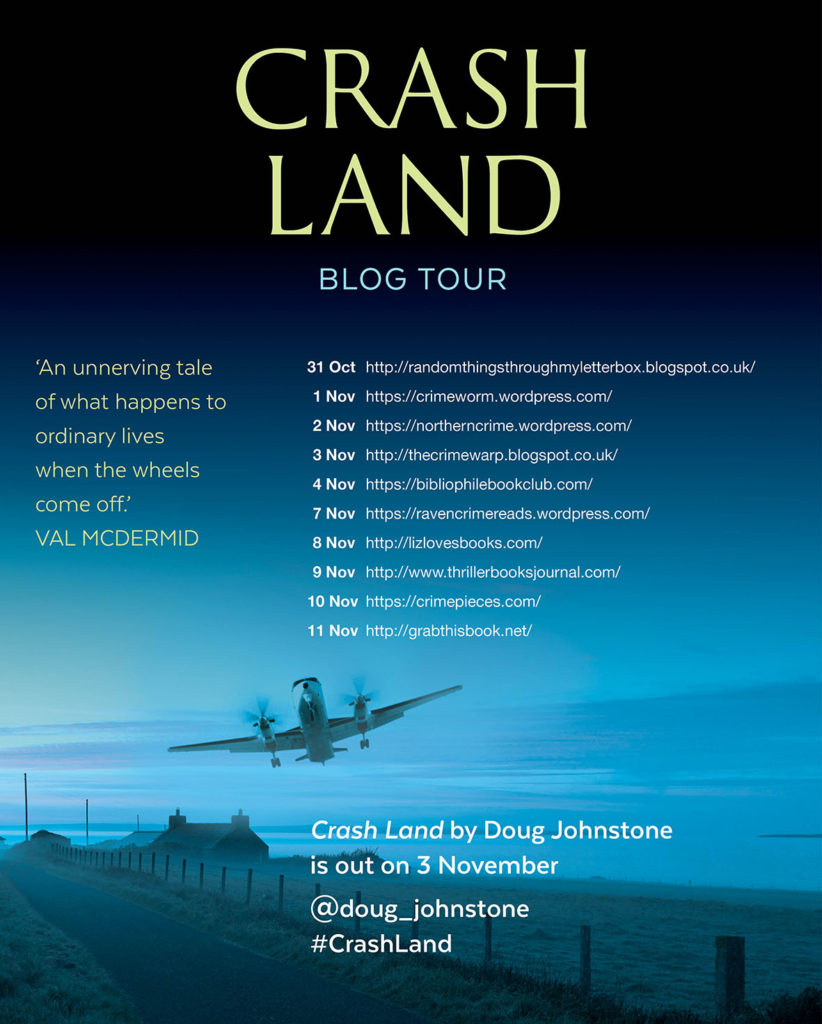 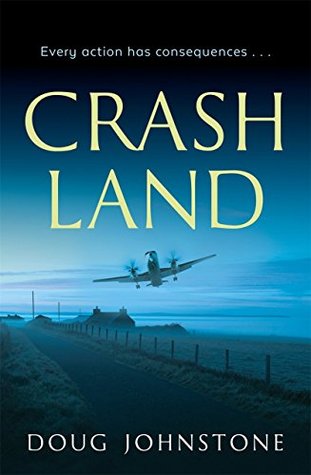