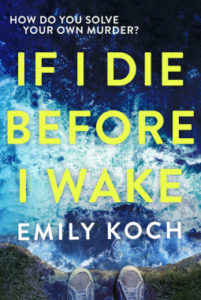 How Do You Solve Your Own Murder?

Everyone believes Alex is in a coma, unlikely to ever wake up. As his family debate withdrawing life support, and his friends talk about how his girlfriend Bea needs to move on, he can only listen.

But Alex soon begins to suspect that the accident that put him here wasn’t really an accident. Even worse, the perpetrator is still out there and Alex is not the only one in danger.

As he goes over a series of clues from his past, Alex must use his remaining senses to solve the mystery of who tried to kill him, and try to protect those he loves, before they decide to let him go.

Still a fair few to go in my “Ones to Watch in 2018” feature and next up we have a tense and brilliantly edge of the seat psychological thriller – If I Die Before I Wake by Emily Koch.

Now this is one of those books that grips you from the outset to the point that you ignore everything else until you are done. Told entirely from the point of view of Alex, in a coma with everyone believing he is to all intents and purposes gone, he is still in there and can hear what’s going on around him and feel what is happening to him. He has had an accident – or was it? As we get drip fed snippets of information from those around him we come to realise that all is not as it seems. Possibly not even Alex himself..

What I loved about this one was the very strong emotional core Emily Koch brings to the storytelling, really digging into the trauma Alex suffers and how it affects his psyche. Torn between wanting to die and wanting to live, all the while trying to work out what the heck happened to him and why, you really feel for him, lying in that bed, unable to communicate –  and even worse realising that the danger has not passed.

You also get a real feel for the characters around him – his Sister, Father, close friends and most of all his girlfriend Bea who is fighting a battle of her own – should she remain loyal or move on – as things progress you get to know them all well, even though you are only getting random snapshots.

The mystery element is brilliantly imagined and the plotting is excellent – there are twists along the way, emotional resonance to the haunting sense of loss and an ending that absolutely kills – one of those that will keep nagging at the edges of your mind for a long time afterwards. 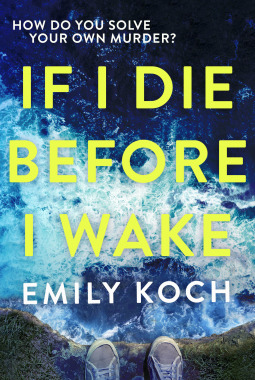