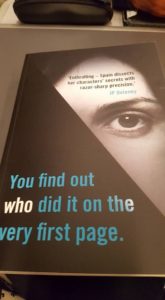 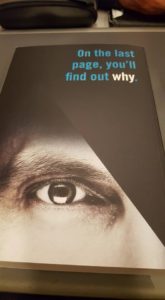 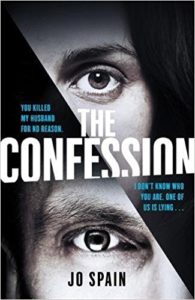 Late one night a man walks into the luxurious home of disgraced banker Harry McNamara and his wife Julie. The man launches an unspeakably brutal attack on Harry as a horror-struck Julie watches, frozen by fear.

Just an hour later the attacker, JP Carney, has handed himself in to the police. He confesses to beating Harry to death, but JP claims that the assault was not premeditated and that he didn’t know the identity of his victim. With a man as notorious as Harry McNamara, the detectives cannot help wondering, was this really a random act of violence or is it linked to one of Harry’s many sins: corruption, greed, betrayal?

This gripping psychological thriller will have you questioning, who – of Harry, Julie and JP – is really the guilty one? And is Carney’s surrender driven by a guilty conscience or is his confession a calculated move in a deadly game?

So moving on in the “Ones to Watch in 2018” feature we have Jo Spain’s “The Confession” her first psychological thriller and with any luck for us readers, not her last.

I am used to this type of book by now, I enjoy the majority that I read but these days I look for those that do something different or something special. I wouldn’t say that The Confession necessarily has a whole new hook in to the psychological thriller genre but what I WOULD say is it has that X-Factor, that indescribable something that makes it stand above the rest.

A multi-stranded story taking in three separate narratives – Julie, the wife who sits aghast and unable to move as she watches her Husband brutally beaten, JP, the attacker and Alice, the detective determined to get to the bottom of things – The Confession slowly and intelligently reveals the intersecting lives that have lead inevitably to this one brutal moment.  JP Delaney says of this book “Enthralling, Spain dissects her character’s secrets with razor-sharp precision” – That is spot on and exactly what happens over the course of the story and you cannot look away. This is yet another one sitting (relatively speaking) read for me, the whole thing was entirely fascinating.

I can’t give too much away, this book has twists of character so beautifully done that I would not want to even risk letting anything out before you read it yourself – but you’ll find out about Julie, about Harry who we only meet in retrospect and through the filtered eye of others, about JP and even about Alice, the author bringing this eclectic group dynamic to incredibly authentic life.

Viewed through a glass darkly, the true nature of the players in this drama slowly emerges, their realities and their consequences – it is gripping gripping stuff and takes the notion of a “Whydunnit” to whole new levels. 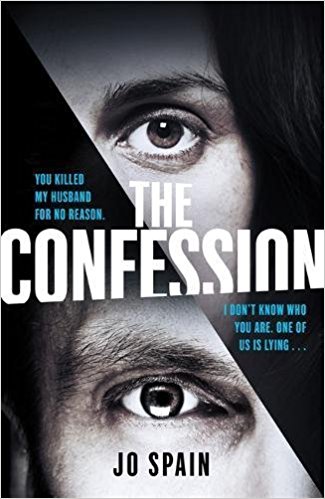