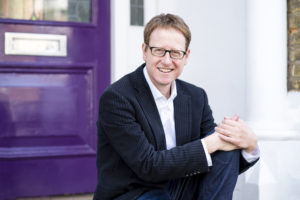 Today I am very happy to have an interview with Jonathan Freedland (AKA Sam Bourne) all about his controversial and timely thriller To Kill The President. It is a banging good read and my review follows.

Do you find it more difficult to write political thrillers when some aspects of today’s political landscape are seen as even more outlandish than fiction?

It’s definitely a challenge when the nightly news can seem to twist and turn as dizzyingly as a thriller. Think of, say, the makers of the new House of Cards series: how could they compete with reality?

To give one very concrete example, most thrillers rely on an assumption that certain behaviours are out of bounds. If a character is revealed to be involved in corruption or sexual violence, that – the reader assumes – will prove terminal for their career. You can build a whole plot on that assumption: a politician who will stop at nothing to prevent the truth coming out.

But Donald Trump has upended all our beliefs about what revelations a politician can or cannot survive. The notorious “pussy” tape, in which he was heard bragging about having apparently committed sexual assault, was meant to have destroyed Trump. All the old rules of politics said it would be a fatal blow. But he survived it and won the presidency. That means novelists like me have to rethink what kind of revelation or scandal can lie at the heart of a story: what used to be terminal might be terminal no longer.

How close to reality do you think To Kill the President might end up being, particularly considering the current tensions between the US and North Korea?

The book opens with my fictional president, who is never named, ordering a nuclear strike against North Korea and China. When I wrote that, conflict with North Korea seemed wholly hypothetical. It does, I admit, seem a lot less hypothetical now.

What are your three top tips for budding novelist?

2. With the books you like, read them once, then read them again – to see how the author did it.

3. Be nosy. Ask people questions; get them to tell you their stories. Eventually one of them will spark an idea.

Have you read anything recently that you would like to recommend?

It’s not a novel, but it reads like a thriller: All Out War, Tim Shipman’s brilliant account of the Brexit referendum.

The unthinkable has happened. The United States has elected a volatile demagogue as president, backed by his ruthless chief strategist, Crawford Mac’ McNamara.

When a war of words with the North Korean regime spirals out of control and the President comes perilously close to launching a nuclear attack, it’s clear someone has to act, or the world will be reduced to ashes.

Soon Maggie Costello, a seasoned Washington operator and avowed liberal, discovers an inside plot to kill the president and faces the ultimate moral dilemma. Should she save the president and leave the free world at the mercy of an increasingly crazed would-be tyrant or commit treason against her Commander in Chief and risk plunging the country into a civil war?

Brilliantly current and really quite scary To Kill The President asks some very important questions and is a real genuine thrill of a thriller.

Utterly absorbing from the very first page, where the world is almost tipped over into all out war, you are completely gripped by the narrative here, not least because it is all so scarily possible given the current political climate and the absolute madness that seems to be overtaking the world lately.  You kind of want to clap your hands over your eyes and not look but you just can’t help it. In life as with reading this novel…

I’ve met Maggie Costello before in previous thrillers from Mr Freedland’s alter ego – in this story she truly is on the edge of reason – can she possibly let a plot against the President go ahead, could she even tacitly help it along?  It would go against everything she has ever believed – with that moral dilemma lies the soul of the story, whilst the rest of it is often heart stopping edge of the seat moments, all entirely character driven, digging deep into an all too likely and very dangerous scenario.

I’m not going to give anything away at all – you just have to read this one and absorb it – it is a madly addictive page turner and a hugely thought provoking drama, written with perfectly poised prose and telling a fascinating, frightening, yet completely entertaining tale, startlingly authentic and completely mind blowing.

Purchase To Kill the President 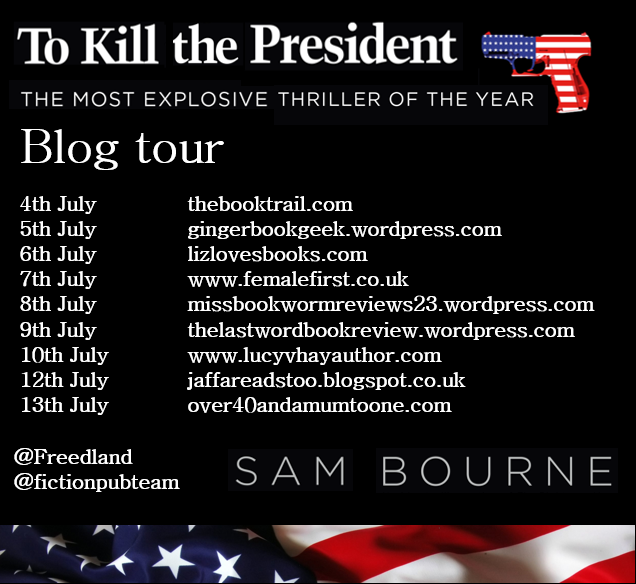 One Response to To Kill The President Sam Bourne – Blog tour Interview and Review.