The Girl in the Photograph. Interview with Kate Riordan. 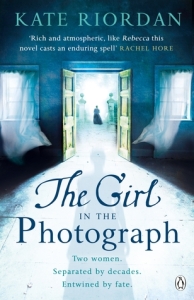 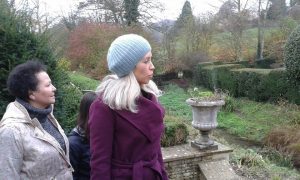 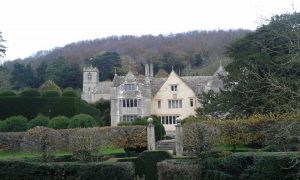 So tomorrow you can finally get your hands on The Girl in the Photograph, a brilliant and evocative story – As you may know I recently spent a weekend at Owlpen, the inspiration for the novel, you can find a link to my article about that further down the page. To celebrate publication I asked Kate a few questions and here is what she had to tell me.

Having had a wonderful weekend there, I know Owlpen Manor in Gloucestershire provided the inspiration for the novel – but tell us a little about your first visit and how the story started for you?

I first went to Owlpen for a travel piece I was writing for Time Out magazine. I stayed in the Court House, which is a little cottage close to the manor house. I was expecting the estate to be beautiful; what I hadn’t anticipated was the atmosphere of the place. That was what stayed with me, and later inspired the setting for the book that eventually became The Girl in the Photograph – with the Court House becoming the little summerhouse where Alice finds Elizabeth’s diary. The first scene I wrote was Alice’s arrival at Fiercombe Manor. At that point I didn’t know what had brought Alice to the valley, or what would happen to her while she was there. I was just enjoying writing about a beautiful place with a mysterious past – mysterious even to me!

The two amazing women we follow in the story are on similar paths but are very different people – Were you emotionally attached to both equally or was there a favourite?

Though outwardly they seem very different, that’s because they’re products of different times and different backgrounds. At base they actually have a lot in common. Both are trapped because they’re women; both are frightened by their lack of choices; both are romantics who have been let down by the men in their lives. I wanted to rescue both of them at various points in the narrative – pick them up and put them down in our times – so, yes, I definitely felt attached to both. Your sympathetic characters become close friends of a kind, and so it would feel disloyal to pick a favourite.

Elizabeth is definitely an echo within Fiercombe – do you believe that history can “haunt” a house, not necessarily in a supernatural way?

Yes, I like to think so. I don’t believe in ghosts per se, and I’ve looked hard in some ostensibly haunted houses without seeing a thing! Even so, I’m really drawn to the idea that something of what has gone before still remains. There are places I’ve been where the past just seems so much closer. Sometimes that’s creepy and sometimes it’s comforting. Generally it’s the latter – and I prefer living in old houses for that reason. I think about people from a hundred years ago moving through the same rooms I now occupy – laughing and arguing and dreaming – and I find that fascinating. Poignant, too.

Did you always forsee that ending for both Alice and Elizabeth or did things change as the tale developed?

I knew I wanted a blend of sadness and redemption so yes, I planned the ending pretty early on. What I didn’t know was how I was going to get there, in either character’s case. It was the middle I didn’t have a clue about. Characters have a habit of taking you in a direction you didn’t expect but I was always clear how I wanted to leave them.

Books are so subjective that there isn’t a single one I can think of that everyone would love. But if that’s too much of a cop-out I’ll go for Charles Dickens’ Great Expectations and John Irving’s A Prayer for Owen Meany.

Book you wish you had written.

Oh, I’m always wishing that. One of the more recent ones is Kate Atkinson’s Life after Life. That woman is a genius. Her books are so funny, heart-breaking and uplifting all at the same time. Her ear for dialogue is unrivalled, too.

I’ve almost finished the first draft, which is exciting (and a relief). It’s about a grandmother and granddaughter who are both governesses when they’re young. Moving between 1878, 1910 and 1922, it’s not only about their experiences working for the same family, but their own complex relationship. I’ve been interested in governesses since I read Jane Eyre as a child. Theirs was a life of contradictions because they were neither servant nor family. They were working women when very few ‘respectable’ women were, but this didn’t mean they were free and independent. Far from it: they might have been educated but they were usually without means or status. All this gave them a unique – and frequently lonely – perspective on life.

Thank you SO much Kate!

In the summer of 1933, Alice Eveleigh has arrived at Fiercombe Manor in disgrace. The beautiful house becomes her sanctuary, a place to hide her shame from society in the care of the housekeeper, Mrs Jelphs. But the manor also becomes a place of suspicion, one of secrecy.
Something isn’t right.
Someone is watching.
There are secrets that the manor house seems determined to keep. Tragedy haunts the empty rooms and foreboding hangs heavy in the stifling heat. Traces of the previous occupant, Elizabeth Stanton, are everywhere and soon Alice discovers Elizabeth’s life eerily mirrors the path she herself is on.

I absolutely adored this story – told in two timelines as we follow Alice as she arrives at Fiercombe Manor and Elizabeth Stanton, a previous resident who is somewhat enigmatic, this gripped me from the start and is written so beautifully and with such great poignancy that it stayed with me long after I had finished it. The two main characters are appealing and genuinely fascinating, separated as they are by years but both living strangely parallel lives.  It really was a most terrific read and I loved every minute of it.

This will certainly be going on my Highly Recommended list when I write up a fuller review and I would definitely encourage everyone to add it to their reading lists for the New Year.

I was lucky enough to recently visit the inspiration behind the story, Owlpen Manor in Gloucestershire and you can read all about that here. Again I would encourage anyone who can to visit there themselves – beautiful and peaceful I had the best time. Links to the Owlpen website can be found in the article.

Teaser Trailer for the novel: https://www.youtube.com/watch?v=Q-AqAqtAp6w&feature=youtu.be