Why We Write – Drop in Feature. Guest Post by Liz Fenwick. 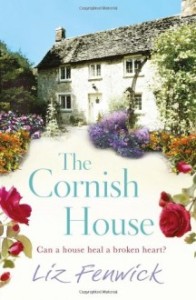 After the popularity of the “Why we Read” articles (some of which are still to come) I asked a few lovely authors to do me a guest post about writing. First up is the lovely Liz Fenwick, author of “The Cornish House” and others. Here is what she had to tell me.

Thinking about why I write, my grandfather has a lot to answer for as he lived with us until I was seven. He came from Donegal and had a love of words. He loved poetry and quotations. He told me stories and he was my best friend. The seed he sowed before he died grew inside of me. The natural inclination of the Irish to enrich and embellish stories quietly developed in my head as I read book after book. I am an only child and books became where I lived when I felt I didn’t fit in which was most of the time.

Looking back my favourites are clear – Tom Sawyer, Huck Finn, Johnny Tremain by Esther Forbes and Constance by Patricia Clapp (yes, vastly different reading to a child raised in the UK). They were all stories filled with adventure. I think I was about thirteen when I read my first Georgette Heyer, Regency Buck, and I was gone. I read everything of her that I could get my hands on. It was about this time that I began writing stories properly. Before this it was poetry as encouraged by school. 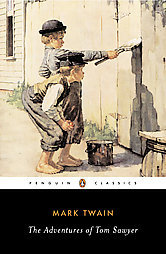 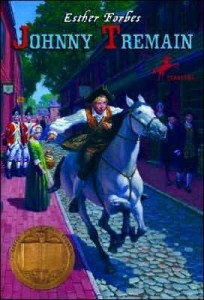 I was fourteen when I travelled to Ireland to study for the summer and this was the year I read Leon Uris’ Ireland. I remember being told you needed to get through the first 200 pages and then you wouldn’t put it down! How things have changed. But I loved it and my desire to write about the Irish experience of coming to America grew in me as all of my grandparents had done this.

Jump forward to university where I did my degree in English Literature with a concentration on Medieval Studies and Creative Writing. It was during these years that I read Light A Penny Candle by Maeve Binchy. There on the page was exactly what I wanted to write. For my senior thesis I wrote 275 pages of An Irish Woman. My professor gave me the name of her agent to send it off to but I never did and I never finished the book. 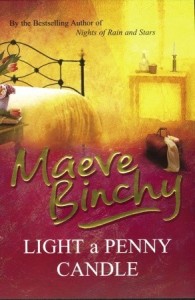 When starting to write fiction again in 2004, I stumbled across this agents name and Googled her… let’s just say opportunities I have missed. I also read the 275 pages of An Irish Woman and it was cracking read, but I left myself no notes on where it was going. I also laughed myself silly reading a chapter where someone was giving birth! At twenty-one I knew so little of life or pain!!!

What I discovered was that I could write and I could tell a story. So I began again. But now the seed of my inspiration is Cornwall. Everywhere I look when I’m there I see stories. They fill my thoughts continuously.

The need to tell stories had never died – even when I wasn’t putting them on a page they were always there in my head. I think it springs from the need to be in the stories myself all those years ago and even now. I write stories I want to be a part of and, of course, with hero that I too fall in love with.

Thank you so much Liz!

Try out one of her fabulous books!

When Maddie inherits a house in Cornwall shortly after the death of her husband, she hopes it will mean a fresh start. Maddie is enchanted by it and is keen to learn as much as she can about its past. As she discovers stories of generations of women who’ve lived there before, she feels her life is somehow intertwined within its walls. 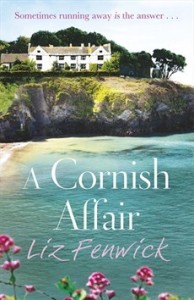 Sometimes running away is the answer…

Running out on your wedding day never goes down well. When the pressure of her forthcoming marriage becomes too much, Jude bolts from the church, leaving a good man at the altar, her mother in a fury, and the guests with enough gossip to last a year.
Guilty and ashamed, Jude flees to Pengarrock, a crumbling cliff-top mansion in Cornwall, where she takes a job cataloguing the Trevillion family’s extensive library. The house is a welcome escape for Jude, full of history and secrets, but when its new owner arrives, it’s clear that Pengarrock is not beloved by everyone.
As Jude falls under the spell of the house, she learns of a family riddle stemming from a terrible tragedy centuries before, hinting at a lost treasure. And when Pengarrock is put up for sale, it seems that time is running out for the house and for Jude. 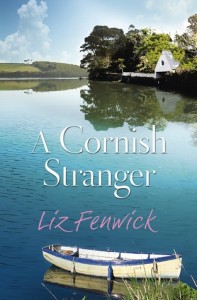 There’s an old Cornish saying: ‘Save a stranger from the sea, he’ll turn your enemy…’
When her reclusive grandmother becomes too frail to live alone, Gabriella Blythe moves into the remote waterside cabin on Frenchman’s Creek which has been her grandmother’s home for decades. Once a celebrated artist, Jaunty’s days are coming to a close but she is still haunted by events in her past, particularly the sinking of Lancasteria during the war.
Everything is fine until a handsome stranger arrives in a storm, seeking help. Finn has been left a family legacy: a delicate watercolour of a sailing boat which leads him to this beautiful stretch of Cornish water. As Finn begins to pick at the clues of the painting, he is drawn into the lives of Gabe and Jaunty, unraveling a remarkable story of identity and betrayal . . .
In her delightful new novel, Liz Fenwick weaves a spelling binding tale of romance and intrigue, set against the gorgeous Cornish coast.